The End of Genesis

The journey through Genesis ends this Sabbath. For three months, the Adult Bible Study Guide (ABSG) aimed to provide textual clues to the deeper meaning in the initial biblical narrative that defines the early history of humanity. But despite the fine textual scholarship and revived evangelistic initiatives—with so many so totally involved—this series of stories is still believed by less than half of the world’s population.

As A. Allen Martin, PhD, lead researcher of the Adventist Millennial Study, pointed out at the North American Division CALLED pastors’ conference this week, over 10 million young Adventists have left the Seventh-day Adventist Church since the mid-1960s. Forcing a decision between Genesis literalism and origin science just adds fuel to the fire that drives this exodus.

Yes, and also the literal flood nonsense. Genesis is part of the Hebrew origin story / myth. When you think about it logically, the basic story is of how a single family populated the world through incest - twice.

Of course, that wasn’t really the author’s point. And he didn’t really get it quite right either. For example, after Cain killed Abel, he wandered off into the land of Nod and found himself a wife, and then built a city. Well, where did this wife come from, and who was he building a city for? I mean, how many children did he plan to have with his new wife? He needed a city?

When you start to pick the stories apart, they don’t made sense on many levels. And this is because they’re not literal history. The author was unconcerned with these logical fallacies - because he was writing a story. It wasn’t a science project.

Today we have the advantage of science. We know that you can rarely save a species that has only two individuals left. Or fourteen. We know now that the genetic diversity found in humans cannot have come from a single family unit of two parents and their incestuous children.

With the knowledge gained form the Human Genome Project and other recent research, we can genetically calculate historical population ‘choke points’ - the smallest number of pro-creating individuals that could have existed at any point in the past in order for us to see the genetic diversity we see today within a species population. We can calculate this three different ways using different parts of mammalian genetic code.

As a result, we know that humans emerged out of the past as a group of no more than about (I forget the exact number) about 20,000 - 30,000 individuals. As mentioned, we’ve calculated this three different proven ways and each way gets us about the same number.

Returning to the initial quote, if the young were leaving in the 60’s over the debate of a literal creation compared to science, they are surely leaving much faster today. The science is far more advanced and more available to my children then it was to me in the 1970’s. They study stuff like this in college - in their basic GE courses.

Soon recent research like that noted above will be common knowledge.

We all know the world is round. And that it is not the center of the universe. But the church once taught it was, because that’s the they said the bible says.

Until 1924, less than 100 years ago, we did not know for sure if there was anything beyond our galaxy, until Edwin Hubble proved there was. What will we know in another 100 years?

Just as if they continued to claim that the earth is the center of the universe, if the church keeps up its ignorant insistence in a “recent and literal creation”, exactly as depicted in the bible, and their denial of evolution (and genetics and slew of other scientific disciplines), eventually no informed thinking people will stay in the church.

Attempts to discredit the literal understanding of the Genesis account are equally unscientific at most.

That doesn’t make sense. If you’re saying that using scientific knowledge to show how both of the creation stories don’t agree with that knowledge is unscientific, then you don’t understand science.

Attempting to understand the creation stores literally - even at face value - immediately causes issues without the need to even compare then to anything. This is well known.

First, they don’t even agree with each other. For example, were humans created in the final act of creation, the pinnacle of creation, male and female in the image of God? Or, was man created first so that he could name the things that were created, and then the woman was created from man at the end of creation?

Second, the order of creation doesn’t make sense with a modern understanding of the cosmos. To claim that light was created before the sun makes little sense (at least, enough light to have daylight and night.) It made sense to the author, to his world view, but he didn’t know how the cosmos actually works.

In any case, the creation epics - from two different ancient traditions - are beautiful stories best taken that way. As stories they express the goodness of God’s creation, of a God that wants humans to be successful in a place he has created for us. As stories there is no need to attempt to reconcile them with science or to parse and pick at them looking for inconsistencies or omissions.

Forcing a decision between Genesis literalism and origin science just adds fuel to the fire that drives this exodus.

Did A. Allan Martin say this? If not, perhaps this sentence belongs in the next paragraph, like this:

Forcing a decision between Genesis literalism and origin science just adds fuel to the fire that drives this exodus. Catering to the in-the-fold six-day literalists or the one lost-in-thought sheep is the defining choice for those who seek to shepherd a growing community. Whatever one believes about the beginning, right now, the fundamental tension over means and ends lies in the lap of leadership. 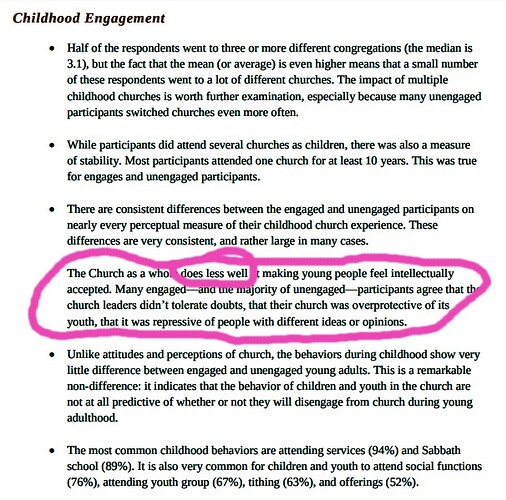 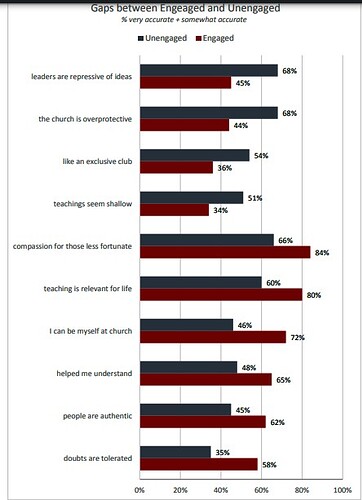 over 10 million young Adventists have left the Seventh-day Adventist Church since the mid-1960s.

That is mind boggling! Interestingly enough I didn’t hear that figure in St. Louis. There it was more like “the show must go on”…

As to the study of Genesis… Someone once said: “you can take the Bible literally or you can take seriously.” There is so much to discover in the early stories of human history that we miss out on when we focus on a “literal interpretation” (indeed, the world is flat, coverd by cheese bell to hold up the water above, and the sun runs a daily race … the Bible says!).

It looks like the study was from 2013. I’ll bet the state of affairs is deservedly worse now!

How many “not young” Adventists have left since the mid 60’s. I’m sure that’s a large number too.

Dr Trim of the Archives, Statistics and Research reported on the losses. Perhaps it’s safe to assume a major portion of this are young people. 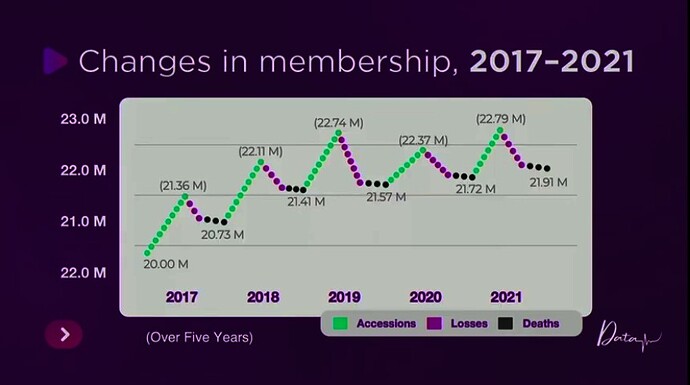 Well, let’s see. Genesis says that the story was literal. The snake talked because it was so “subtil”, and so God punished the snake.

Most Adventists reject the Bible’s position on this and say, “It was Satan talking, so God will punish Satan, NO MATTER WHAT THE Bible SAYS.”

Yes. It also says that the snake was more cunning than any of the animals Yahweh made. So, someone else created the snake? That’s what it literally says…

Not to pick nits…but kinda sorta.

In an ever expanding universe, where everything appears to be moving away from everything, it seems science has brought us back to what some mystics were saying as early as the 13th century, and probably for eons before that:

The Latin phrase " Deus est sphaera infinita, cuius centrum est ubique, circumferentia nusquam " ( God is an infinite sphere whose center is everywhere and circumference nowhere ) is first attested in Liber XXIV philosophorum , “a Latin booklet by an anonymous author, which consists of 24 commented definitions of what God is. It has been ascribed to the fourth-century grammarian and philosopher Marius Victorinus, but the earliest extant manuscript dates back to the beginning of the thirteenth century.”[2]

In other words, no matter where you look for the center of the universe, you cannot help but find it just as certainly as every other observer will find his…but necessarily in a different place than yours!

Second, the order of creation doesn’t make sense with a modern understanding of the cosmos. To claim that light was created before the sun makes little sense (at least, enough light to have daylight and night.) It made sense to the author, to his world view, but he didn’t know how the cosmos actually works.

I never understood people who make this point. A magical being is described as conjuring reality into existence, and your argument is… “Well, it must be in order in which we observe things scientifically.”

The cumulative loss of members actually is considerably higher than 10 million in 50 years. (https://www.adventistarchives.org/ac2015-retention-report.pdf). The age distribution is provided in this document (somewhat limited), as well as major reasons. Interestingly enough - theological/docrinal reasons played a minor role thus far (lack of integrity in its behavior or theology: 8%). My suspicion is, this will change more and more.

ASTR deserves more space than have been given in conversations at the GC all the way to the local congregation. The relevant data ASTR provides are vital to strategic planning and perhaps should suggest a kind of organizational restructuring that may be required. .