The Other Spring Meetings 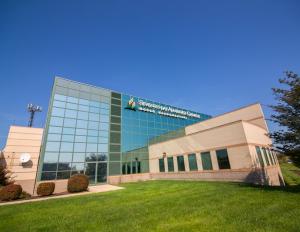 When the Executive Committee of the General Conference gathers in Silver Spring the occasion creates the opportunity for many kinds of meetings in addition to the official business sessions as ancillary boards and committees are convened.

With the Unity Oversight Committee’s commitment to meet with personnel from every division, a “listening session” was held Tuesday evening, April 10, with the North American Division representatives and all the union conference presidents of the NAD. President Ted Wilson, Unity Oversight Committee Chair Mike Ryan, and Secretary Hensley Moorooven as well as Thomas Lemon, a GC vice president, and Ray Whalen, from the General Conference treasury were present, too.

The union presidents were told that the subject of the meeting would be: “What should the consequences be to non-compliance to voted actions of the GC Session?” As at their previous meeting with Elder Wilson in February 2017, the union conference presidents stood united in their response rejecting the suggestion that consequences needed to be meted out. “Our (union) presidents stood 12 feet tall,” one of the NAD personnel present at the meeting said.

The recent quantitative survey of division and union personnel was also discussed. The results from the survey are being tabulated and analyzed by a team led by Archivist David Trim. How the information from the “listening sessions” will be analyzed was not addressed. Michael Ryan and Hensley Moorooven will lead the writing committee for a one page document that will be brought to Annual Council in October, but it will be released publicly ahead of time for review, according to two people at the meeting.

The attendees said that President Wilson did not say much. He mainly listened and took notes.

No ideas for solution of the situation were offered. The union presidents expressed their desire to just be done with the issue. They are tired of being attacked.

This is a companion discussion topic for the original entry at http://spectrummagazine.org/node/8693
joselitocoo (Joselito Coo) April 13, 2018, 1:26am #2

Non-compliance will have to start somewhere until it’s felt all the way up, right? If church members were to give (designate their tithe) only for their local congregational expense, the adverse consequences will be felt starting with the local conference before they reach the GC.

The attendees said that President Wilson did not say much. He mainly listened and took notes. No ideas for solution of the situation were offered. The union presidents expressed their desire to just be done with the issue. They are tired of being attacked.

Maybe that is why the president “did not say much”; he was, as they were, “tired of being attacked.” The solution is VERY simple. Allow unions to determine their own policy about women’s ordination.

The controversy is not addressed in the 28 fundamental beliefs; and ordination of a woman is as easy as that of a man if men and women were viewed and treated as “persons of equal potential”. It is time to move on.

The Pharisees came to [Jesus], testing Him, and saying to Him, "Is it lawful for a man to divorce his wife for just any reason?”

And He answered and said to them, “Have you not read that He who made them at the beginning ‘made them male and female,’ and said, ‘For this reason a man shall leave his father and mother and be joined to his wife, and the two shall become one flesh’? So then, they are no longer two but one flesh. Therefore what God has joined together, let not man separate.”

They said to Him, “Why then did Moses command to give a certificate of divorce, and to put her away?” He said to them, “Moses, because of the hardness of your hearts, permitted you to divorce your wives, but from the beginning it was not so.

In this, we see Jesus endorsing the decision of Moses in cases where two hearts together are like stone toward one another. And in Moses’ decision we have a precedent for allowing parties to go their separate ways for the sake of peace.

Worked for them. Why not us!

"Tired of being attacked"
Yes. This has ALL been very Anti-Christ behavior by ALL the persons working in the GC building at Silver Springs.
It is AWFUL that NOT ONE former PASTOR, now Administrator has voiced an opposition to all this months of attack on the Union officials of the North American Division.

The Little Horn is tooting again.

The Little Horn is tooting again.

LOL!!! A good laugh before bedtime…