We in the Southern Union find ourselves in the throes of an extremely turbulent era for the Seventh-day Adventist Church. The outcome of the 2018 General Conference Annual Council vote surrounding the governance arrangement document addressing non-compliance with policies for the church yields a broad battery of emotions for our members. The disappointments, mixed feelings, and deepened hurts have evolved and sustain in our union, in our division, and in our world church.

In a mission-driven coordinated effort, church leaders across the North American Division are praying and exploring how our church will march forward according to God’s specifications.

In the meantime, the Southern Union leadership will continue to focus on our execution of the Gospel Commission as planned and operationalized through:

the 2019 Year of Lay and Pastoral Evangelism; our 2020 Year of Revitalizing Declining and Plateauing Churches; and our 2021 Strategy for Retention of Members.

Finally, we will continue to celebrate, support, empower, and include our female pastors and other female leaders in the mission of our church.

We pray peace, patience and the power of God for you in the meantime. Hang on. God has been our help in ages past and will be in days to come!

This statement originally appeared on the Southern Union Conference of Seventh-day Adventists website.

This is a companion discussion topic for the original entry at http://spectrummagazine.org/node/9137
4 Likes
Responses from Church Entities to GC’s Compliance Attempts and Timeline of Key Events
David1 October 25, 2018, 1:47pm #2

Thank you for supporting the mission and Biblical principle by voice and action confirm that the Holy Spirit alone determines who to call to ministry.

We need more Unions to stand up for their convictions.

Remember Matthew 15:7-20 “Beware of false prophets, who come to you in sheep’s clothing, but inwardly they are ravenous wolves. 16 You will know them by their fruits. Do men gather grapes from thornbushes or figs from thistles? 17 Even so, every good tree bears good fruit, but a bad tree bears bad fruit. 18 A good tree cannot bear bad fruit, nor can a bad tree bear good fruit. 19 Every tree that does not bear good fruit is cut down and thrown into the fire. 20 Therefore by their fruits you will know them.”

an extremely turbulent era for the Seventh-day Adventist Church. … a broad battery of emotions for our members.

I salute the Southern Union for its declaration. I hope more Unions will do that.

And yes, we all should be prepared for a turbulent time ahead. TW threw some “calming” words into the mix during the Sunday session at the AC. But those words are not part of the new witch hunt kommando’s manual. His words were just an attempt to reassure people that the GC was not actually seeking what they are really seeking…

I immediately offered him that bridge that is now on sale…

It is obvious that TW talks as if people were real bozos that will take anything he says. Well, we the bozos, have a message for him: 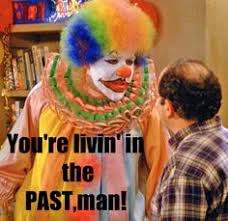 we will continue to celebrate, support, empower, and include our female pastors and other female leaders in the mission of our church.

I look forward to the day when the Southern Union truly celebrates, supports and empowers their female pastors by acknowledging that they have been ordained by God and provide an ordination service for them. I hope that day is not too far off.

It is obvious that TW talks as if people were real bozos that will take anything he says. Well, we the bozos, have a message for him:

Wouldn’t it be nice if all the Unions who do not agree with TW’s “Shame & Humiliation” agenda request to be investigated? What would happen if those committees were overwhelmed and had to table the Lords work to focus on TW, MF & GN’s agenda?

I look forward to the day when the Southern Union truly celebrates,…
… by acknowledging

I thought the same, it appears that the SU’s statement is not clear enough, that they avoided a true commitment to ordaining those women that they “celebrate, support, empower,…” But, what does it really mean? Do they already “empower” their female ministers by ordaining them?

The vagueness of their statement makes me suspicious of their real intentions. I want to trust them, so let’s wait and see when they will ordain the next woman! “Trust…, but verify!” …

I hope the Unions that are committed to not allowing the (planned) assault by the KGC already have their legal teams of lawyers prepared and ready to deliver. It will end up being an ugly fight in the Courts. With no “thoughts and prayers,” but with real fight between the parties.

And lots of “tithe payers” money being wasted again just because ONE man is obsessed with perpetuating discrimination of women in the Church. How more idiotic could it become, especially considering that this is a religious institution? Or is it???

@GeorgeTichy… when will they ordain their first woman? I wanted to state, “that I wished they had cojones” … but do they …? Pacific Union does… but does it? Not sure this conversation is allowed, so we’ll keep it between the two of us.

When the SOUTHERN UNION.CONFERENCE follows the splendid and sterling example of the Columbia and Pacific Union Conferences in conferring FULL STATUS on their women pastors, then their statement will be more cogent, persuasive and powerful and not merely a babbling bromide and banality.

Here is another, “You are in our thoughts and prayers,” statement. I was hoping you would wow me with . . .

I wish Atlantic Union would do similarly to what you suggest. I pray we won’t just bury our heads and think this will all go away if we ignore it.

The Southern Union has always lived with one foot on the dock and the other in the canoe. This statement is stronger than I had expected but leave wiggle room as per usual. I wonder if the Cookie Monster still has veto power.

Haven’t heard of ANY Women ORDAINED Pastors in the Southern Union.
I don’t believe they have told the churches that it is OK to have Women as Elders.

SU’s statement is not clear enough

The vagueness of their statement

SO what else is new??

This is what I have harped on regarding the presentation/teaching methods…which seems to you & others as some mysterious-secret.

My agenda is to promote…CLEAR COMMUNICATIONS.

Speaking in an unknown tongue can be in a person’s own fluent language.

40 Cliches Christians Should Never Use

July 2012 By Christian Piatt We Christians have a remarkable talent for sticking our feet in our mouths. When searching the words most commonly associated with “Christian,” the list ain’t pretty. I…

Is the southern Union in compliance since it does not ordain women’?

two days in a row!

we all should be prepared for a turbulent time ahead

We all should be prepared for an enturbulated time ahead.

There. Fixed it for ya. (Thanks Scientologists!) 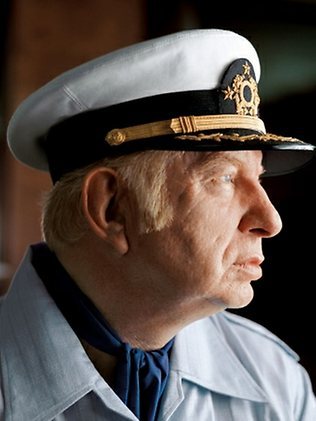 Is the southern Union in compliance since it does not ordain women’?

Perhaps it is the example you have been writing about recently???

However, with examination, perhaps other compliance issues could be discovered as I’m sure the existence of many compliance committees just waiting for agenda items will compel Adventists to look for issues of noncompliance now that we can move forward with the correct policies and structures in place.