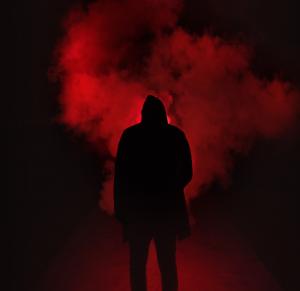 For I was envious of the arrogant; I saw the prosperity of the wicked. For they have no pain; their bodies are sound and sleek. They are not in trouble as others are; they are not plagued like other people. Therefore, pride is their necklace; violence covers them like a garment. Their eyes swell out with fatness; their hearts overflow with follies. They scoff and speak with malice; loftily they threaten oppression. They set their mouths against heaven, and their tongues range over the earth. Therefore, the people turn and praise them, and find no fault in them. (Psalm 73:3-10)

We might imagine the author of this psalm watching, aghast, as these corpulent criminals step out of their limos to the gasps and cheers of the masses. Never did he think that people who so blatantly exploited the poor, flouted the laws, lied with such facility and constancy, and exhibited the casual cruelty of those who had long since buried their consciences, could continue to prosper with impunity. He is revulsed, he finds them appalling, he cannot stand the sight of them. Seething, he realizes with horror that he is consumed with envy.

What do these psalms of imprecation mean for us? To read them is to be both puzzled and angered. Angered at the people we see who seem to fit this description down to the molecular level. We are puzzled by these psalms, too. At times they read white hot with rage. The writer is taking it personally. The arrogance of these people is enough to make one choke on his own bile. If pride really does go before a fall, our writer wants to be there to witness it. How is this edifying? Should we take this as license to “go and do likewise?”

By their very inclusion in the Bible these psalms become a lens through which we examine our own society. Any resemblance to persons currently alive and abusing their power cannot be a coincidence, for this type of arrogance runs through human experience as a constant. We are accustomed to applying what we read in the Bible to what we experience, but we are not accustomed to expressing our feelings toward those we encounter with such intensity.

The Psalmist has no problem excoriating his enemies; they are God’s enemies too, as far as he’s concerned.

Are these psalms here for our comfort? If they are directed at the wicked should we count ourselves in that number? The Psalmist certainly doesn’t. He counts himself, sins and all, on the side of God, and that is precisely why he is outraged that God doesn’t do something about the oppressors who destroy God’s people and jeer at God’s sovereignty.

If the Scripture is there for our instruction and edification, to what end does it edify us? What is the prophetic role of the Scripture for us in this time and these circumstances? If the Word continues to strike to the heart of contemporary situations, shouldn’t we apply it?

In biblical interpretation as in architecture, form follows function. This psalm is a prayer addressed to God which we overhear. In fact, it is a confessional prayer, one that by its very nature and form is meant to inspire all who read it to pour out their deepest feelings and thoughts to God. It is startling in its clarity in portraying the palette of shifting emotions and motives that color its expression. It is psalms like this one that were the seeds of Augustine’s Confessions, the greatest non-biblical written example we have of a heart transparent to God.

All in vain I have kept my heart clean

and washed my hands in innocence.

For all day long I have been plagued,

Having confessed how futile his fidelity seems, the writer immediately adds,

I would have been untrue to the circle of your children.”

But it isn’t until the writer slips into the “sanctuary of God” that he begins to understand, for trying to sort this out is wearisome and endless and futile. Gazing at the rich and corrupt can be mesmerizing; in the house of God, having snapped the link, he comes to realize how tenuous the position of the wicked really is and how terror-stricken their lives are behind their facades of power and wealth.

“They are like a dream when one awakes;” he recalls, “on awaking you despise their phantoms.” He looks on his envy with regret:

When my soul was embittered,

when I was pricked in heart,

I was stupid and ignorant;

Then he gathers himself and sees where he is: continually with God who holds his right hand. God guides him, counsels him, and receives him with honor. For someone who has writhed in humiliation and distress under the heel of the cruel, he feels a profound sense of gratitude and self-respect.

Whom have I in heaven but you?

And there is nothing on earth that I desire

The psalm includes a warning that those far from God will perish. “But for me it is good to be near God; I have made the Lord God my refuge, to tell of all your works (v. 28).” The prayer and the story end on a high note: the writer revels in the closeness with God.

Yet, the most telling verses come at the beginning:

Truly God is good to the upright.

to those pure in heart.

But as for me, my feet had almost stumbled;

The writer contrasts the blessedness of the pure in heart with his own situation, one who had “almost stumbled” and “nearly slipped.” He came close, by his own reckoning, to going the way of the arrogant and the wicked, drawn in by envy and bitterness and a sense that being good and doing good counted for nothing in the world and, in fact, were liabilities. That is, until he came to his senses by entering into the presence of the Lord. In worship, his spiritual gyroscope righted itself and he saw himself as he was.

My flesh and my heart may fail,

but God is the strength of my

It is also striking that while he recognizes it is God who strengthens him he does not grovel. God is a trusted counselor, not one who delights in humiliating his friends before he rescues them. This writer is alive to his own spiritual and psychological states, acutely sensitive to both his frailties and his loyalties. There are no excuses made, no dissembling or blaming, nothing that would suggest denial of his situation nor pride for waking up to it. He is simply a man who stands alone under the stars and lifts up his heart to God without fear or anger.

In this moment he reflects—as much as possible for a finite being—the image in which he was created.

Surely, we are called to speak out in the face of corrosive deceit and cruelty. Lest we fall into the trap of self-righteous fury in doing so, this psalm reveals the interior work of humility through which we confront the powers of our present age with honesty and courage.

Barry Casey taught religion, philosophy, and communications for 28 years at Columbia Union College, now Washington Adventist University, and business communication at Stevenson University for 7 years. He continues as adjunct professor in ethics and philosophy at Trinity Washington University, D.C. More of the author’s writing can be found on his blog, Dante’s Woods.

There is a big diffence between governing and dictating. One governs within the bounds of the constitution The construct is We the People not me the executive. Neither the church nor the country is a carnival with a barker at the gate.

Many times we ask God questions and fail to wait for an answer. This reminder in Psalm 73 should help us to understand why it is much better to be near God and allow him on his schedule to answer our questions. When we come into God’s sanctuary and open our ears then we allow Him to speak into our situation, to answer some of our questions, and to remind us that it is good to be near to Him. In a world we struggle to understand, God is our only safety. In Psalm 73 it is only when Asaph enters God’s sanctuary that he begins to understand. This leads Asaph into an attitude of worship and the wonderful words, At this critical juncture in earth’s history God’s world seems to be overrun by evil; but worse than that – it seems that those who are wicked prosper.
Your essay was written “for such a time as this”. Thank you

Surely, we are called to speak out in the face of corrosive deceit and cruelty. Lest we fall into the trap of self-righteous fury in doing so, this psalm reveals the interior work of humility through which we confront the powers of our present age with honesty and courage.

Hmm… A veiled reference to our illustrious president?

I love this psalm. And the idea way we can so easily slip. A humble walk is the best.

But the reference here to Trump seems pretty clear. My question would be, there are many in the church who supported the man, and how would you relate to your fellow believers who took such a view?

It is a reference to the president. I would relate to Trump supporters in the church as I wrote in the last paragraph.

Thank you Mr. Casey for your timely essay. We like sheep have all gone astray, now is the time to conduct deep searching of heart. Are our motives, words and deeds truly in harmony with the principles of truth as revealed in the Bible and through the Holy Spirit? When confronted with our own state of being by the prompting of God do we hold to the promise alone and act on faith or do we slip back into self reinforced delusion from whence we came? We are now facing moral dilemma’s in the form of pride, envy, and base racism/nationalism which in our privileged day and age should easily be recognized for what they are. Without a sure foundation many have not perceived this and fail this simple test of faith. Their response so well practiced, when a voice is raised which pricks their conscience will scarcely hear that still small voice, and they lash out in angry retort not realizing that they have lost the quality of mercy, and kindness towards the least of these.