You Can Climb Through This Window 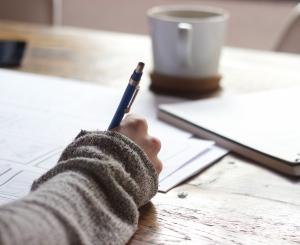 “This writing that you do, that so thrills you, that so rocks and exhilarates you, as if you were dancing next to the band, is barely audible to anyone else.” —Annie Dillard, The Writing Life

There was a time, many decades ago, when an aspiring writer could make a subsistence living by writing book reviews. George Orwell did it for years, turning them out weekly, along with novels, opinion pieces, columns, commentaries, and essays. The voice in his essays is so distinctive that anyone who paid attention in their high school literature classes could probably pick his work out of an audible lineup. For anyone writing essays in the last century and this one, Orwell is the mountain that fills the foreground. You can’t go around him—he simply must be climbed. To see the world through Orwell’s eyes from that peak is to glimpse a landscape without ornament: no frills, no unnecessary adornment, just solidity casting shadows.

His wry, lean, prose caught me early in my reading life and I have never completely gotten over it. “Shooting an Elephant,” “A Nice Cup of Tea,” “Politics and the English Language (required reading for anyone who is a citizen of a country)” and especially, “Why I Write,” became lodestones for me. If I was within five feet of an Orwell collection and had 10 minutes to myself, I’d be pulled in magnetically to trace through his paragraphs, wishing I’d written them, and trying to hear my own voice in dialogue with his.

A good writer is like a window, he said, and in my journalism and writing classes in college I strove to become one. I didn’t have the chutzpah or the incandescent trajectories that Norman Mailer could throw into the air nor could I take on the flat, uninflected observations of Joan Didion that usually ended with a shard of glass in one’s eye. Instead, I learned to subtract rather than multiply. There are always enough words to go around, Orwell said. Not to worry. Less is more as long as you tell the truth.

But I had little of consequence to write about. You have to have something—anything—there in order to subtract from it, and piling on adjectives just to strip them away is as perverse as digging holes in order to fill them in. In time I came to see that the essay, a sounding of one’s thoughts with an individual voice that registers the frequencies of one’s age, was ideal for me. The imagination that could spin out a novel as it goes ever on was not yet mine to employ.

“When you write, you lay out a line of words,” says Annie Dillard in the first sentence of The Writing Life. “Soon you find yourself deep in new territory. Is it a dead end, or have you located the real subject? You will know tomorrow, or this time next year.”

You peer ahead through the fog, imagining the shapes of trees or monsters, and, with patience, a rough path appears. You follow it. You lay down more words like flagstones, and eventually you see that you are somewhere, although just where is not clear. But it’s a ‘where’ that is worth the moment and you build on it. That’s the sense in which we discover through our writing where—and who—we are.

For Dillard the trigger often seems to be the natural world. Her Pilgrim at Tinker Creek, an epistle of unsentimental wonder about a few square acres of wilderness in Virginia, is like dropping from the sky-blue ionosphere into a forest thicket, to land softly and to be still and to watch a turtle slip silently off a log into the water. Biology becomes prose, prose becomes a window: we look through and are transformed.

Orwell insisted that all art is propaganda, that the writer is trying to get across a particular world view that is rooted in personal experience, and that it flowers in a specific time and place. It was supremely important, he thought, that the writer say what he or she saw. The ordinary person, like a scout on reconnaissance, could report back momentous discoveries disguised in the everyday happenings of life. It doesn’t matter if it’s fiction or non-fiction; what matters is the truth expressed.

“Push it,” urges Dillard. “Examine all things intensely and relentlessly. Probe and search… Similarly, the impulse to keep to yourself what you have learned is not only shameful, it is destructive. Anything you do not give freely and abundantly becomes lost to you.”

Freely we have received, freely give.

“Language is mysterious,” says Karen Armstrong in The Bible: A Biography. “When a word is spoken, the ethereal is made flesh.”

The Word and the word are living waters: those who profess faith have drawn much from the well of the Bible. It serves us as a portal to the ancient world of the Hebrews and to the first stirrings of the community of Jesus. It has shaped our language, given us metaphors and analogies that are the substratum of our conversation, and narratives that play out in our imagination. It is our library (ta biblia, the books) from which we may constantly listen for the thunder of the prophets, the crisp wisdom of Proverbs, the angst and awe of Job, the breathless narrative of Mark, the Christ-intoxicated letters of Paul. This is given to us as an open-ended revelation of what life on the Way has been for this great cloud of witnesses that swirls around us. What will we do with this gift?

It is just this which can open us up. What I want to read is how life is opened to another’s eye and then passed along from one to another. What I want to write is to say, “See? Look what I found! What do you think about that?”

To lay out a line of words as truthfully as possible, and for that to be taken up by others…Ah, that is worth the struggle.

Barry Casey taught religion, philosophy, and communications for 28 years at Columbia Union College, now Washington Adventist University, and business communication at Stevenson University for 7 years. He continues as adjunct professor in ethics and philosophy at Trinity Washington University, D.C. An earlier version of this essay appeared on the author's blog, Dante’s Woods.

So true Barry. Thanks!!

It is just this which can open us up. What I want to read is how life is opened to another’s eye and then passed along from one to another. What I want to write is to say, “See? Look what I found! What do you think about that?”

To lay out a line of words as truthfully as possible, and for that to be taken up by others…Ah, that is worth the struggle.

You have an appreciative audience peering over your shoulders now, Barry! Thank you for sharing!